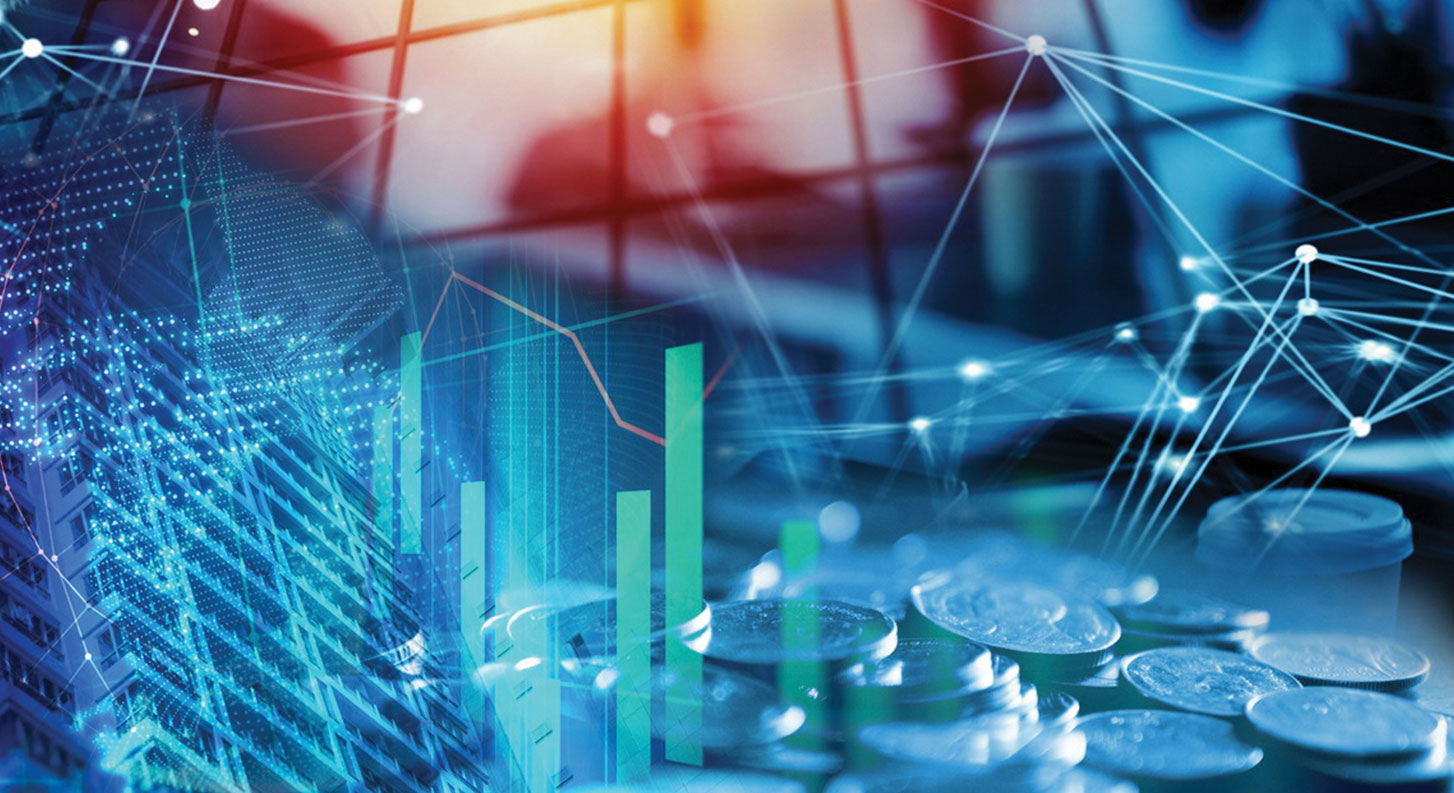 The UAE Federal Insolvency Landscape and the impact post pandemic

According to the World Bank’s 2020 Ease of Doing Business rankings the UAE ranks 16th, ahead of several advanced economies such as France at 32, but behind economies such as the UK at 9 and the USA at 6. That said, the UAE’s high ranking does not translate to a straight forward jurisdiction to resolve insolvency as it is currently placed at 80; signicantly behind the UK at 14, USA at 2 and France at 26.

During a major pandemic, which has and is predicted to have a further signicant impact on the UAE economy, we can expect to see many businesses facing diculty navigating through a complex insolvency regime in the UAE. We aim to explore whether the current regime can manage such demand, whilst considering what emergency measures and long-term reform are required to deal with the pandemic.

The UAE’s current federal insolvency regime is a new standalone law of 230 Articles (Law No. 9 of 2016 as amended by Law No. 23 of 2019). It provides for three heavily court reliant procedures and a fourth procedure under the auspices of a newly established Financial

i. A voluntary preventive composition procedure, which is a process lightly regulated by the court for solvent businesses facing liquidity issues;

ii. A rescue / rehabilitation procedure which only becomes operational after insolvency and where the court appoints

an expert / trustee to run the insolvent business;

iii. A last of the line insolvent liquidation procedure which involves winding up the business and distributing its assets; and

iv. An FRC lead out-of-court procedure originally aimed at nancial institutions of the “too big to fail” type but recently expanded to include all “regulated” businesses.

In tandem with these procedures, the new UAE Bankruptcy Law introduced an insolvency test of “Over-indebtedness” dened as where “the Debtor’s Assets, at any given time, do not cover the Debtor’s liabilities” which adds a balance sheet test of insolvency to the existing cash ow test, rather arbitrarily dened as when a business is unable to pay its debts within 30 days of them falling due.

If the business is not capable of rescue, the court appointed trustee (who essentially performs the function of a liquidator) will then proceed towards liquidation and distribution of its assets. Note that the two procedures are mutually exclusive although if, during a solvent composition a debtor is unable to pay its debts for more than 30 days, the composition procedure will convert to the insolvent rescue / rehabilitation procedure.

The current law was introduced to “encourage entrepreneurs…while strengthening their trust in the…legal infrastructure in the UAE…and achieving balance between the creditor and the debtor” . It transformed the pre-2016 Bankruptcy Law, which was not a standalone insolvency law, but 255 Articles contained in the Commercial Code (Law No. 18 of 1993).

Further, it was intended to be a step towards a more debtor friendly “rescue culture” driven regime where a debtor would be able to pre-empt a last of the line liquidation and distribution of assets by restructuring early, with the assistance of a breathing space granted by a court ordered moratorium. Finally, it was designed to de-stigmatise business failure by repealing certain previous insolvency-related criminal oences; most notably the criminalisation of bounced cheques and “bankruptcy by default” (where the debtor did not le for bankruptcy within 30 days of the onset of insolvency).

The new law was heralded as an improvement to the legal framework for entrepreneurs, small businesses and risk takers with the aim to “develop and support the UAE economic system” as His Highness Sheikh Khalifa bin Zayed Al Nahyan stated when the 2016 insolvency regime was introduced.

Eectiveness of the current regime in the wake of COVID 19?

How eective is the current law likely to be in the wake of COVID 19? The answer is likely to be not very eective at all, for the following reasons:

I. It does not cover partially or wholly owned state businesses unless they opt in. This leaves a huge gap in the regime given that most big businesses in the UAE have some degree of governmental control and, for example, in the last crisis this lead to the need for a special tribunal to be set up (Law No. 57 of 2009) to deal with disputes related to the nancial position of Dubai World;

II. Secured creditors are not bound by the proceedings. Their ranking remains the same and eectively if they have security over the businesses principle assets (as typically they do) then they can take the heart of the business making it impossible for the business to survive. This severely hampers the eectiveness of the current insolvency regime in practice;

III. It is purely a court driven procedure. Whereas, early drafts of the current law provided for a private out-of-court procedure for companies in nancial diculty but not yet insolvent, in line with international trends in insolvency law including Chapter 11 in the US and Administration in the UK, regrettably, no out-of-court procedure has up until now been introduced. This hinders reaching consensual out-of-court settlements at a time when many businesses need them, with most facing a stark choice between the dictates of banks out-of-court or putting themselves at the mercy of the court;

IV. In terms of the court itself, there is no specialist bankruptcy court despite the current law being procedurally heavy, given the process depends on court appointed experts / trustees and court approval at every stage; and

V. For cross border businesses, there is no recognition of the UNCITRAL Model Law on cross border insolvency meaning that whatever happens in the lead insolvency jurisdiction may not make any dierence to the proceedings in the UAE, as in practice the UAE courts typically seek to asset their own jurisdiction, including measuring the result of the outcomes in other jurisdictions against the barometer of UAE public policy.

In summary, the current UAE insolvency regime is insucient when faced with a crisis the magnitude of the current pandemic. Indeed, even before the COVID-19 pandemic, many troubled business owners were failing to use the current insolvency regime; presumably due to a reluctance to throw themselves on the mercy of the courts.

As we have seen over the last few years, several reforms have been made to address issues that the old regime faced. However, the current insolvency regime has two fundamental draw backs. First, it depends on the courts procedurally. Second, many of the reforms to date have been partial, for example, the decriminalisation of bounced cheques is only applicable once the court has accepted jurisdiction and decided to proceed with the insolvency proceedings.

The existing insolvency framework simply will not be adequate to deal with the current pandemic. In our view, the legal landscape must consider adaption post pandemic as follows:

I. Emergency reforms to help deal with COVID 19:

i. Suspend the compulsory obligation to le for bankruptcy, while the pandemic lasts or signicantly extend the number of days before the cash ow insolvency test kicks in from the current 30 to 90 consecutive business days;

ii. Allow management to continue to manage the business during the rescue / rehabilitation procedure during and for a recovery period after the pandemic;

iii. Remove criminal penalties connected to insolvency – both before, during and after the bankruptcy proceeding, except in case of clear criminal fraud.

i. Creation of a new out-of-court solvent and insolvent restructuring procedures – modelled on Chapter 11 of the US Bankruptcy Code, to provide a statutory framework for an out-of-court consensual restructuring with a moratorium rather than a purely court driven process. This procedure must allow for reaching consensual settlements without court intervention but the cramdown should bind both secured and unsecured creditors. At the same time, to allow for business continuity, the distressed company’s management should continue to be allowed to continue trade, unless there is clear evidence of mismanagement which the existence of an unforeseen pandemic is clearly not evidence of;

ii. A new specialist bankruptcy / insolvency court backed up by exceptional support and specialist training for the judiciary, in order for them to deal with those cases where an out-of- court settlement is not possible in as expeditious manner as possible;

iii. Application to partially or wholly owned governmental businesses unless they opt out; and

Globally, insolvency systems are being tested by the current pandemic. The current UAE insolvency regime will require further transformation and realignment in order to manage the serious but temporary disaster. Emergency legislation, as set out above, is required to assist businesses in the UAE, for them to work through their nancial diculties without the need to cede control to the courts. 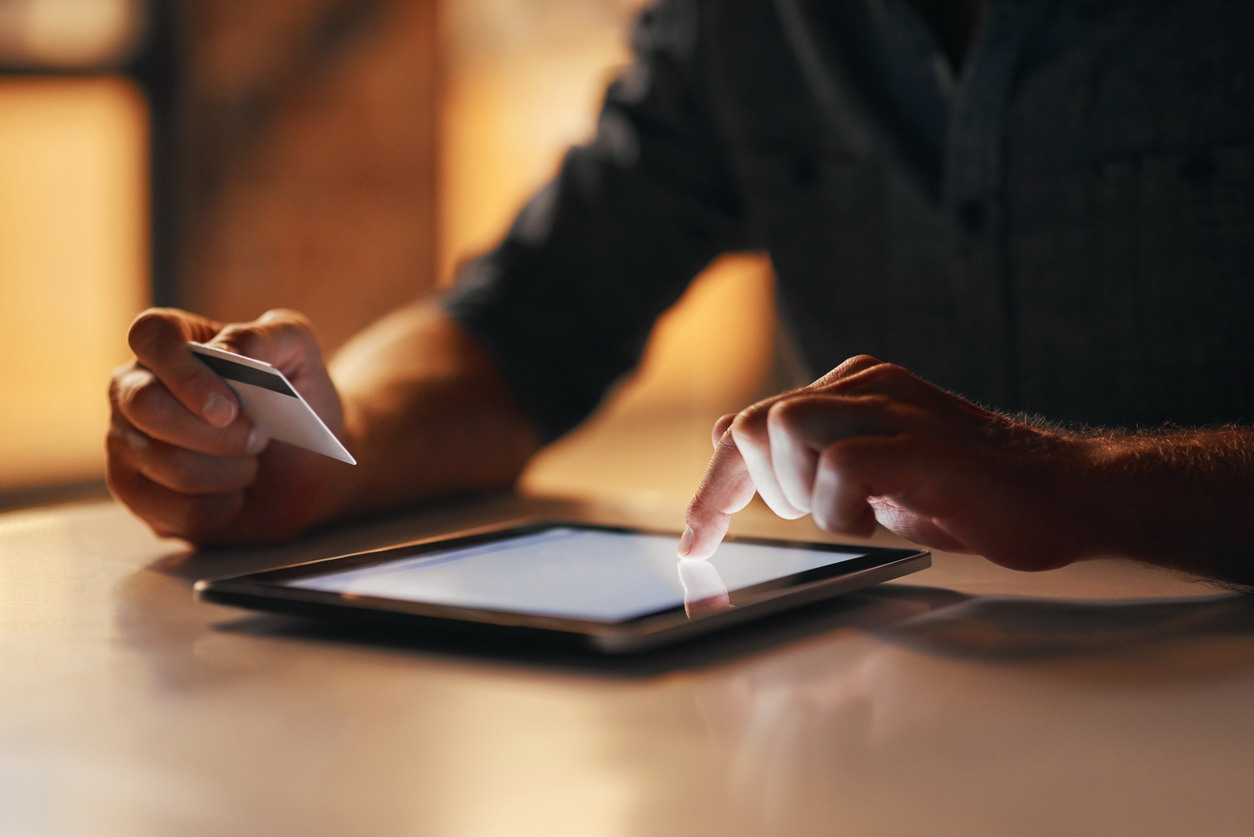 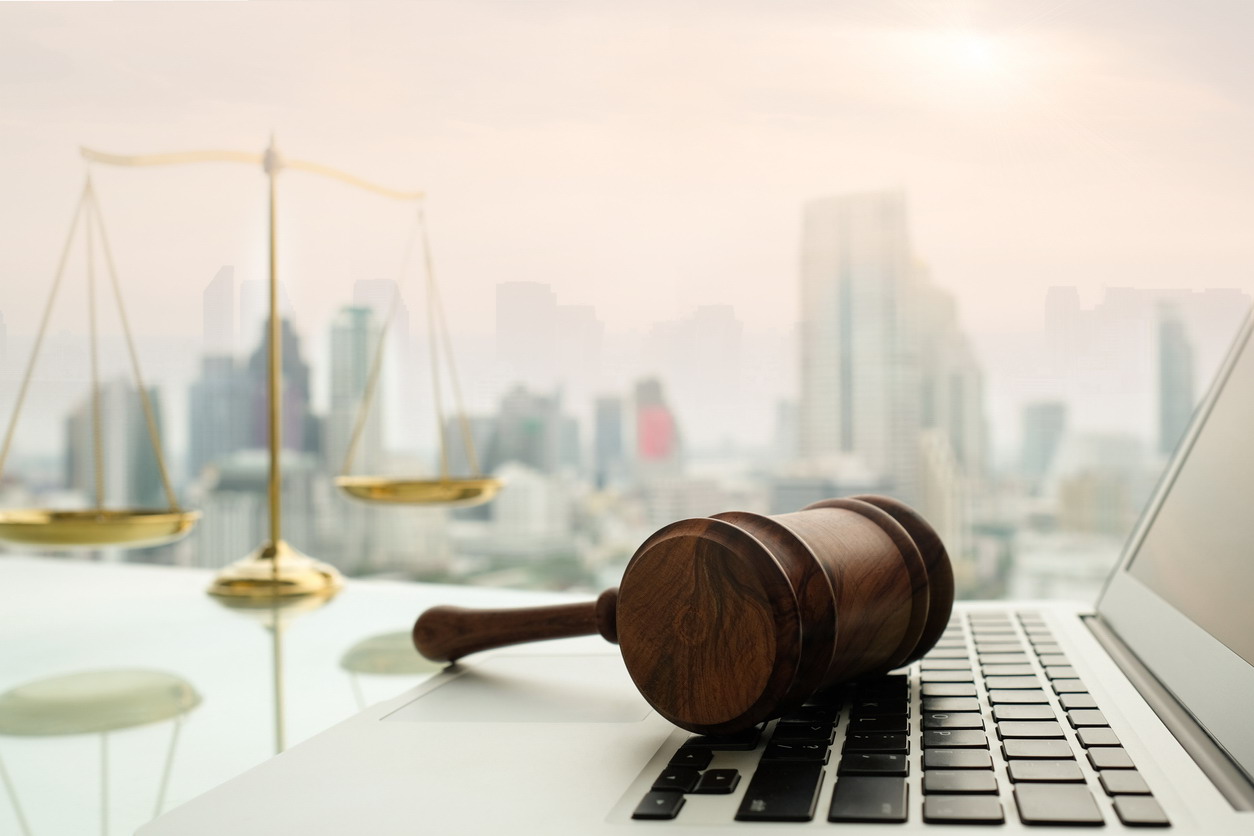 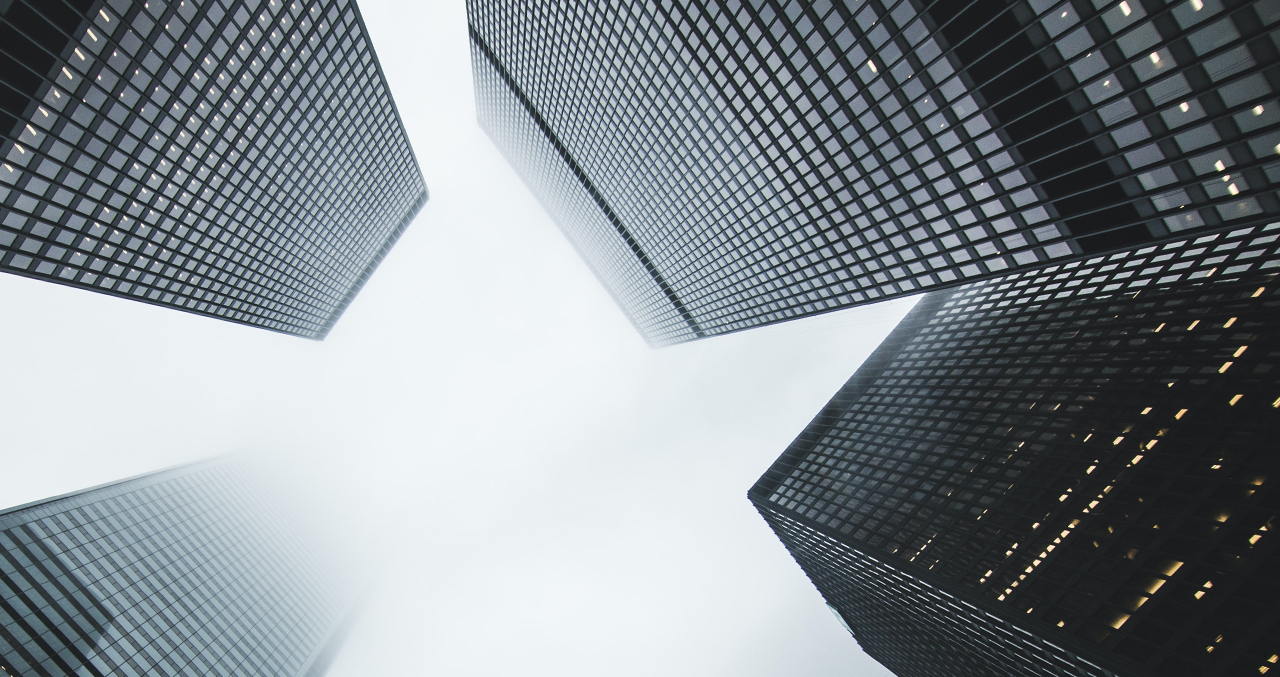 The Impact of the Coronavirus Outbreak on Mergers and Acquisitions