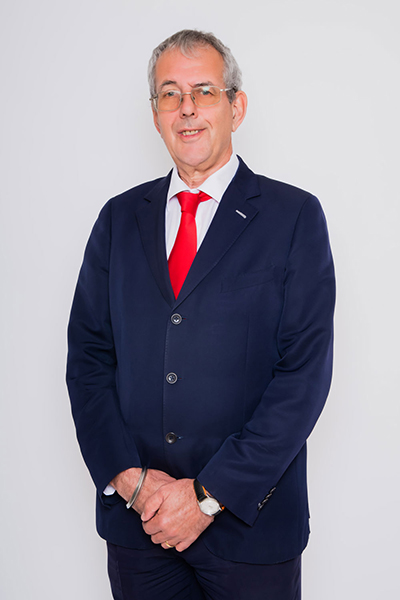 Daniel specialises in the arbitration of construction disputes and is a critical member of the Construction and Projects team at Galadari.

Daniel has extended knowledge of the construction industry, both from a contentious and non-contentious perspective. He has advised on development projects of all sizes, providing the legal and practical advice required to manage risk. Daniel has been instructed by and on behalf of landowners, developers, contractors, purchasers and their professional teams and has carried out due diligence work for funders. Daniel is well practiced in drafting and negotiating contracts and all associated documents used on large development projects including; warranties, assignments, bonds and guarantees.

On the contentious side, Daniel focuses particularly on arbitration as a means of resolution. He is well-revered by his clients for his knowledge of technical disputes, drafting pleadings and advising on the level of proof required in breach of contract claims, extensions of time, liquidated damages, the valuation of variations and loss and expense, the effects of delay and prolongation.

Previously, Daniel worked in the construction industry for several years before retraining as a lawyer, he therefore has an insider knowledge advantageous to his clients. He graduated with a BA Hon in Law from the University of Greenwich in 1995 and was called to the Bar of England and Wales in 1996. Daniel read for a Post Graduate Diploma in Arbitration Practice and Procedure in 1999, he was admitted to the Roll of Solicitors in England and Wales in 2001. In 2002 Daniel became a Fellow of the Chartered Institute of Arbitrators and eventually a Chartered Arbitrator in the same year, before being awarded a PhD from Manchester University in 2005.

Daniel has published learned articles and lectured extensively on construction and arbitration subjects.

Wishing you and your family a happy and successful

In accordance with the recent changes in the work

From all at Galadari Advocates & Legal Consultants

On the occasion of the #UAE #GoldenJubilee, we hon

We were delighted to welcome our colleagues and fr

We are pleased to take part in the Dubai Arbitrati

Wishing our friends and colleagues a Bright Diwali

Celebrating the UAE Flag Day in style in Galadari

Our colleague @s.dilevka, Senior Associate will be

On the occasion of #breastcancerawareness month, G

We are shortlisted in three categories by The Oath

Only 4 days to go! Are you ready for the biggest e

CLIENT ALERT: The Circular No. 9 of 2021 stipulate