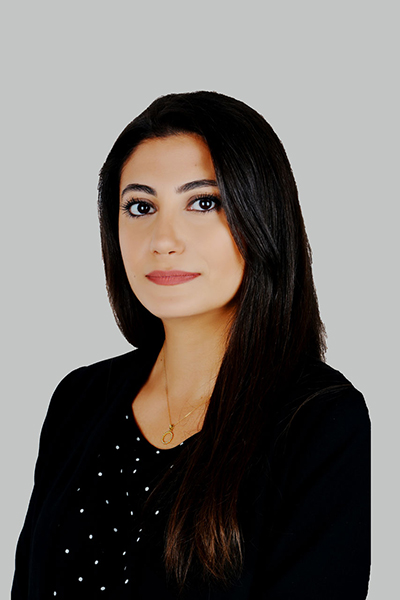 Janet is a paralegal at Galadari Advocates & Legal Consultants, based in the firms’ Dubai office. Janet focuses on corporate and commercial law, she supports the teams in a broad range of activities, including drafting legal opinions, reports, memoranda, agreements among other legal documents as well as liaising between the firm and various governmental entities and other clerical responsibilities.

Janet is also heavily involved in conducting legal research on laws and legal precedents and analyzing the UAE’s regulations and executive cabinet decisions.

Janet has obtained her L.L.B and L.L.M degrees from the Lebanese University and a research master’s degree in Public Law from La Sagesse University, Faculty of Law, Beirut, Lebanon.

On August 28th and every day of the year, we celeb

In this episode Bassem Pierre Daher, Partner at Ga

Following our latest event in partnership with The

Eid Al #Adha #Mubarak from all of us at Galadari,

We are pleased to announce the promotion of #Corpo

♻️Protecting the environment and contributing

We are delighted to have reached 10K followers on

We would like to thank our clients for their trust

Read our Partner Raka Roy's new insight about the

We are pleased to announce that our Partner and He

We are thrilled to announce that our Associate Oma