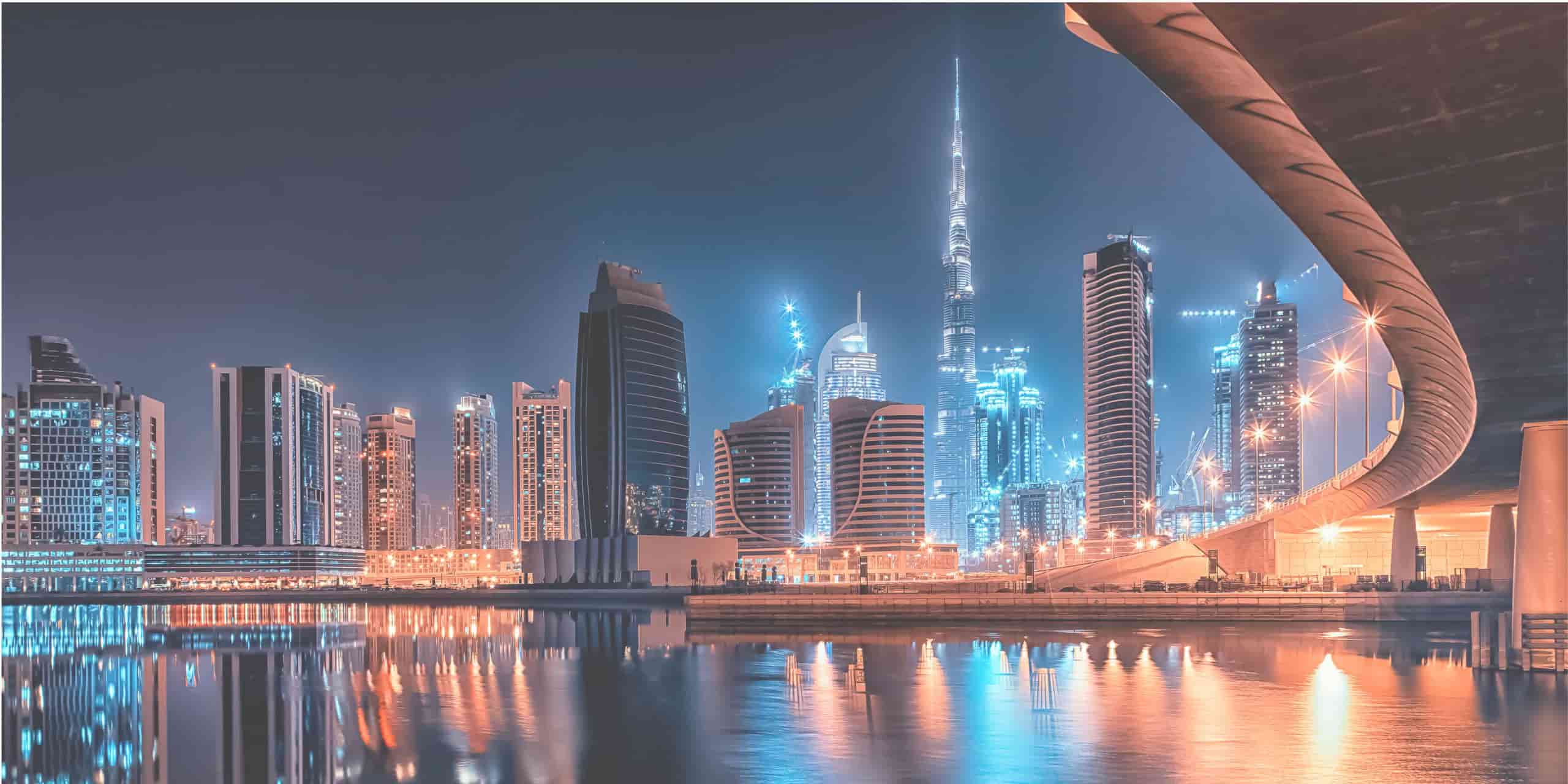 Strength in numbers – How class actions enable individual voices to be heard.

It may have happened to you. You made an investment in a publicly listed company based on their information, only to later learn it was misleading, or you purchased a product only to later discover it was harmful. In both cases, your loss might be less or more severe in either situation. If several people have experienced a comparable loss, it could be reasonable for them to combine their claims, so the total amount is significant enough to warrant a lawsuit. This is called a ‘class action’ lawsuit, represented by a group of people with related legal claims against one or more defendants such as investors, patients, consumers, or workers. Currently, the United Arab Emirates does not adopt a precise legal framework for class action lawsuits. This is because the legal system of UAE is based on the civil law system, which differs from the common law system where class actions are more frequent.

The primary goal of any class action regime is to improve access to justice. It was created with the objective of giving ordinary individuals a way to legally challenge the civil wrong doings by businesses, governments, and other defendants who tend to be more powerful and intimidating entities. These institutions benefit from the advantages offered to those with “big pockets” in litigation and conflict settlement.  Therefore, class action cases provide power to groups of people who would not exist if claims were made individually and establish a process to ensure more of such claims will be heard. If the court is given a wealthy amount of evidence regarding the defendant’s repeated offences, it will increase the effectiveness of the claim, and increased pressure will be imposed on the defendant. Joining a large collective legal movement may redress corporate abuse and encourage consumers to make smarter choices. Class action lawsuits are an indirect attempt to modify the statutes; one group of individuals may be inspired and motivated to act, becoming the leadership of a social reform organization. For example, a lawsuit against a corporation that has engaged in dishonest activities may lead to changes in a jurisdiction’s consumer protection or securities laws governing the company’s businesses practices.

Group lawsuits not only raise awareness to reforms of legislation, but they also focus on the misconducts of an entire corporation – exposing their true colours to the public. Revealing their crimes to the wider public would result in a feeling of distress and psychological pressure by groups of litigants who are simply seeking justice.

Individual lawsuits targeting large corporations may succeed in gaining compensation. However, since their reputation would remain preserved, and they would fail to acquire the press attention required to deter the defendant and others from committing similar crimes.  When groups of litigants come together and stand as one voice, the media play a significant role in delivering their widespread message, convincing millions of people these entities are far from being what they portray themselves to be. Media coverage also helps mobilize public opinion for the plaintiff, placing pressure on the defendants to change their business practices or settle their case. It can have significant impact on the defendant’s reputation will eventually harm the credibility of their business.

However, press coverage may also have a downside for class action lawsuits. Media often creates an unbalanced view of lawsuits, including the parties involved. This can lead to distorted public perception of the case, making it more difficult for the legal system to handle the case impartially and fairly. In any given case, media coverage can be a double-edged sword for class action lawsuits.   Therefore, it is important the media covers these cases in a fair and balanced way, providing accurate information to the public.

One example portraying the importance of class actions would be the lawsuits filed following the 2020 Beirut explosion. The explosion resulted in 218 deaths, 7,000 injuries and destroyed whole communities by leaving an estimated 300,000 people homeless., In the absence of any political accountability, the relatives of several victims of this tragedy have sued for an amount of $250 million against the company presumed to have been involved in transporting the high explosives to the port, stating they are liable for the harm brought on by the ammonium nitrate. Many of the lawsuits filed by residents and business owners who were affected are also seeking compensation for damages to their property and loss of income.  The outcome of these lawsuits remains pending and may take several years for a resolution to be reached. In fighting for their rights collectively, litigants have a better chance of being heard and achieving a favourable outcome than when litigating as individuals.

New EU collective redress regulations are currently the subject of ongoing discussions.  The draft rules provide consumers with the authority to promote their interests and seek remedies. Collective action may even be conceivable in situations involving trade breaches, as well as data protection, transport and tourism, and energy telecommunications. The proposed legislation addresses issues brought up by cross-border mass damage scandals. An example of a company faced with several class action lawsuits in various countries is the Irish low-cost airline Ryan Air. Some of these lawsuits have been brought by passengers who have experienced flight disruptions and cancellations, and have sought compensation for the expenses, lost time, and inconvenience. Other lawsuits have been brought by employees seeking compensation for unpaid salaries, lack of job security and other labour breaches. However, the airline has been accused of not fully complying with the court’s ruling, making it harder for passengers to claim their compensation. For example, the Italian consumer association ‘Codacons’ criticized Ryanair for not providing clear information on how passengers could claim compensation for flights that were cancelled due to strikes by the pilots of the airline. An industry which moves consumers across borders should ensure all customers are treated properly and compensated in full.

Moreover, class actions are frequently used in matters involving environmental protection; for example, on behalf of those impacted by the British Petroleum (BP) Deepwater Horizon oil spill in the Gulf of Mexico in 2010. The disaster, which was the result of an explosion and sinking of the Deep-Water Horizon oil rig, resulted in the release of millions of barrels of oil into the Gulf, causing widespread environmental economic loss and damage.

It was predicted to cause significant damage to fishing, commercial, tourism, and other sectors. Studies suggest the capacity of fish to reproduce could be hindered due to the oil’s toxicity, disrupting the normal marine food cycle. If this happens, it could take decades for the commercial fishing industry to recover. In fact, it may be necessary to shut down the Gulf Coast’s beaches, which attract millions of tourists annually, for clean-up.  As a result, it is anticipated that tourist attractions, restaurants and hotels would also incur significant financial losses.  A class action lawsuit was brought by businesses, organisations, and individuals who had been affected by the oil spill, and sought compensation for property damages, personal injury and loss of income.

That makes us question the laws in the UAE. Are we allowed to collectively get together and sue a company, party or corporation who had terribly failed us?

The United Arab Emirates does not adopt a precise legal framework for class action lawsuits. This is because the legal system of UAE is based on a civil law system, which differs from the common law system where class actions are more frequent. However, the UAE’s Civil Procedures Code allows for the consolidation of several cases with similar circumstances and facts into a single case, similar to the concept of class action lawsuits. Additionally, the UAE’s Consumer Protection Law of 2018 also allows consumers to file collective complaints against organizations and businesses who have breached the law.

It is possible class action lawsuits may one day be implemented in the UAE, as the country continues to modernize and develop its legal system. The UAE has a history of adopting international best practices and new laws to keep up with global business trends. Moreover, the UAE has a large population of expatriates and a strong economy, which may lead to an increased demand for class action lawsuits as a means of protecting consumer rights and holding corporations accountable.

It is hard to predict whether the UAE will introduce class actions or not, but their legal system is always evolving and adapting to new global trends and requirements.

It is likely that the UAE will continue to evaluate the best ways to protect consumer rights and if class actions could be one of the ways to achieve that, it could potentially be considered as an option.

The author of this thought leadership publication is Fadi Hassoun. Fadi is a partner and manages the firm’s Abu Dhabi office. Fadi has over 20 years of cross-border experience in the Middle East and is a member of the Beirut Bar Association since 1999. If you have any queries regarding the above, or commercial and corporate disputes more broadly, Galadari Advocates and Legal Consultants are on hand to assist – fadi@galadarilaw.com.